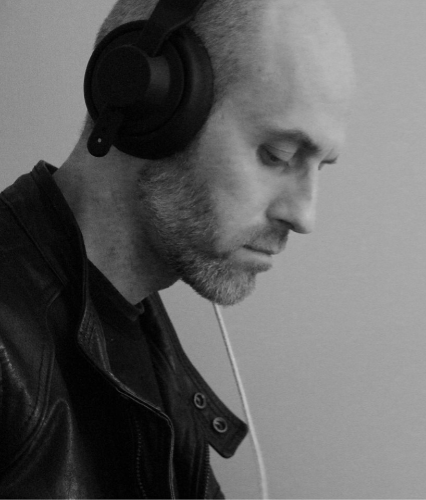 Benoît started from his earliest childhood taking delight in playing with 45RPM 70’s Rock & Funk records, his father’s 4-tracks recorder and a Commodore 64 which led him to play in local parties with a LP player and a Cassette Deck (without any mixer!). With the advent of the Amiga, he felt in love with digital creation and 3D!

In his early twenties, he met Werner Pans who let him into his studio (he was collab with Jessie Deep! and Marco Hinic at that time). A little big adventure started : from the creation of the CD+ with artists like Prodigy, Moloko, St Germain,… editing for Moby “Hymn” at SSW, Zonk City project and labels such Sony Music and PIAS Record through the birth of Arkaos and numerous avant-gardist digital projects.

Then came the first meeting with Jean-Michel Jarre for the Jarkaos project on “Odyssey Through O2” (a customized version of Arkaos) and with Jean-Marc Lederman (Fad Gadget, Front242, …) for the release of CD+ like D Voyage and Motorman.

As a pioneer, this is where he experienced different new ways of playing live music with a computer fitted with Rebirth, a Music Tracker and VJing softwares. Without the people being aware of it, this is the Golden Age of Belgian Techno and The Sound of Belgium!

In the 2000’s, Benoît decided to make a break with the nightlife life to focus on digital creation, visual performance and Vjing. This was also the time he created TDT3D, one of the most visited 3D multimedia community and around 2007, he came back to music and fine arts while teaching visual effects at the same time.

Around 2010, he returned to his DJ activities with a different vision of club, playing Dj set with live performance using some hardware like drum machine, effects, samplers,… can we call it “Deejay maturity” a new era?

Around 2012, he met the Electro-Pop band « Stereo Grand » and started working on their visual and directed dvd for the band. Later (2015)  he co-op an electronic music workshop where he met Fabrice Lig.

Benoît pursued that momemtum on his way and created the « Green Mayday » a micro-festival which is to the meeting of artists from different styles in order to make them for a very close audience.

Musically Benoît Saint-Moulin through several eras from rock to techno through hip-hop and disco. It is hard to catalog him in a specific style. He thinks that the artist should not be stuck in a box but play and mix different styles to share with his audience..

At this very moment, Benoît is still performes as DJ, radio host and still goes on with artistic performances. The future? Who Know…